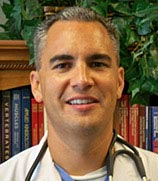 Dr. Aaron Richardet has been freeing people from pain since 2000 in his clinic in Wilmington, North Carolina.

END_OF_DOCUMENT_TOKEN_TO_BE_REPLACED

6 Conditions That Can Be Effectively Treated Through Chiropractic Care What To Expect At Your First Chiropractor Visit?
Scroll to top